July 4, 2018, the Prime Minister Bakytzhan Sagintayev took part in the international forum Astana Finance Days. At the plenary session, the issues of development of the Astana International Financial Center, regulation of financial technologies and protection of investments were discussed. 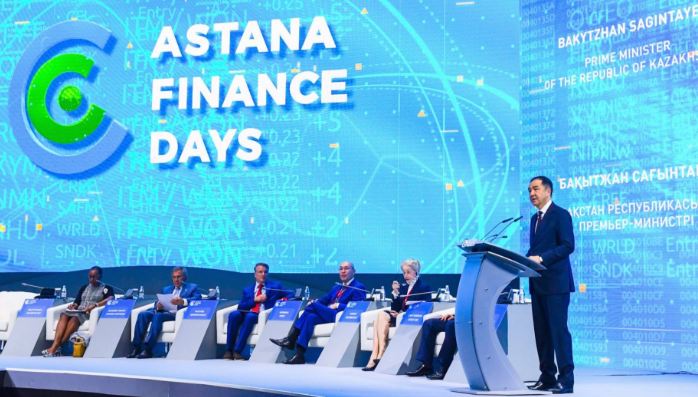 Opening the panel session, the Prime Minister Bakytzhan Sagintayev noted that tomorrow there will be a special event — the official presentation of the Astana International Financial Center, the largest national megaproject for all years of independence, destined to become a breakthrough in the financial markets of the future.

The AIFC is being established as a financial hub of new generation. It will not only fulfill traditional functions of the world financial centers, but also provide services in the most promising development directions of global finance.

"The Government of Kazakhstan invites all to become participants of the AIFC! Kazakhstan confirms its global openness and readiness for dialogue with you," Sagintayev concluded his address to the forum participants.

In his turn, President of the Islamic Development Bank Bandar M. H. Hajjar expressed his gratitude to Kazakhstan for the hospitality that they had been given.

"I am glad that Kazakhstan is the leader of Islamic financing. The country has every opportunity to position itself as a regional hub. As Islamic financials grow, I expect that Islamic finance in Kazakhstan will grow. We can contribute with the help of the sukuk tool. We support the policy of Kazakhstan. Total financing for Kazakhstan is more than $2.4 billion. Financing is concentrated in the agriculture, transport and finance sector," Hajjar said.

Chairman of the Eurasian Economic Commission Collegium Tigran Sargsyan noted in his speech that the history of the launch of the AIFC project is impressive.

"The EEC lays great hopes on the work of the center. It is very important that the establishment of the center will improve the approach to the development of technology, the development of human capital. International experience shows that the financial center becomes the center of attraction of other centers. In 2025, we must launch a common financial market. According to the agreements, the regulator will also be located in Kazakhstan," said Sargsyan.

The fact that the establishment of the AIFC is of a fundamental nature was underscored by the Chairman of the Board of Sberbank Herman Gref.

"AIFC is the most ambitious project. All prerequisites were created. The project enjoys the absolute support of the President of the Republic of Kazakhstan, the Prime Minister of the country. This is accompanied by appropriate decisions, which are extremely important for investors. Our subsidiary, which deals with cyber security, Bizon, very actively cooperates with the Kazakhtelecom Kazakh company. It is opening an office in AIFC in September," Gref said.

President of the Republic of Tatarstan Rustam Minnikhanov also spoke during the panel discussion.

"We are actively working with Kazakhstan. Kazakhstan is a leader in many directions. We take a lot from your country. Tatarstan will be an active partner. I would like to wish good and successful work. All decisions taken are revolutionary," Minnikhanov noted.

Senior Vice President of the World Bank Group Sandra Ngozi Okoro Hopkins stressed that "the opening of the AIFC is a breakthrough event and the financial center is definitely waiting for success" and congratulated the Government of Kazakhstan on the creation of a regional hub.

Also, Chairman of the Astana Financial Services Authority Barbara Judge and Chairman of the International Arbitration Center of the AIFC Barbara Dohmann expressed their congratulations.

Chairman of the Luxembourg Financial Center Nicholas Mackel said that by choosing the themes of the forum greening finance and increasing interaction with other markets, the organizers duly singled out priorities.

"It is very important that you organize such bridges to other financial hubs. We look forward to our cooperation with you. I would like to acknowledge the work of the AIFC management,” Machel added.

Within the framework of the plenary session, Director General of the Baku International Sea Trade Port Taleh Ziyadov noted that Kazakhstan is joining the ranks of countries that have opened financial centers on their territory and that they will actively cooperate with the AIFC.

The results of the panel session were summed up by the AIFC Governor Kairat Kelimbetov.

"In mid-2015 the President of Kazakhstan announced the initiative for the establishment of the AIFC. Of course, this is a very ambitious initiative. A remarkable program was adopted, which is called "100 Concrete Steps to Implement the Five Institutional Reforms," among these reforms the rule of law and economic diversification are directly related to the AIFC. The Government has been working very hard all these years to implement these reforms. It is very important that there should be intelligent regulation in relation to new technologies. We want to become such a center of attraction in the AIFC. Which region do we Target? We have three big rings. This is Central Asia in a broad sense. We would like to serve the regions of Transcaucasia, Georgia, Azerbaijan, Mongolia. The very important direction is the Eurasian Economic Union. Here we have clear agreements with the leaders of the countries. And, of course, the third direction is the initiative to revive the Silk Road. There is very much interest from the Chinese financial institutions. We started our work by establishing a strategic partnership with global financial centers. We work very closely with Dubai, Abu Dhabi, London, Hong Kong," Kelimbetov said. 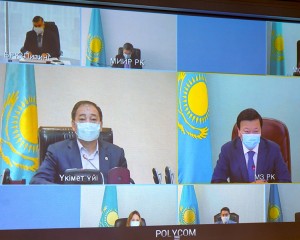 Operations Headquarters on COVID-19 keeps situation in regions under control 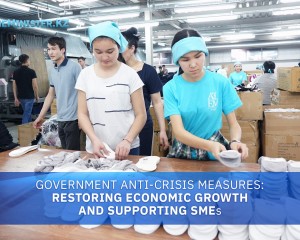 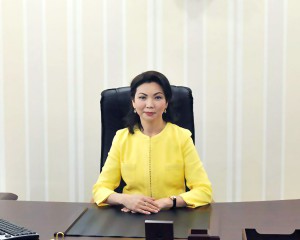 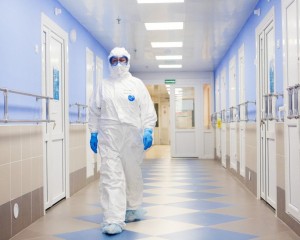 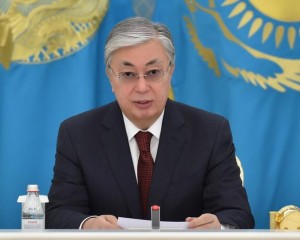 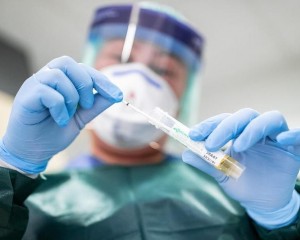 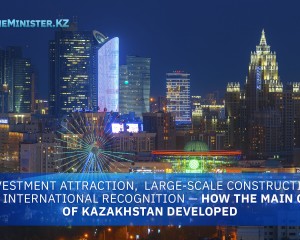 How the main city of Kazakhstan developed 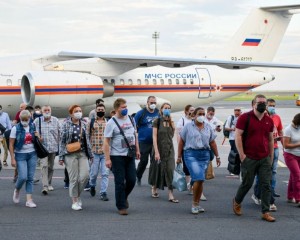 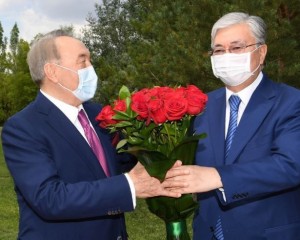 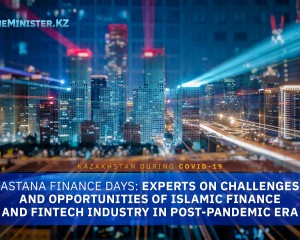 Experts on Islamic finance and fintech industry in post-pandemic era 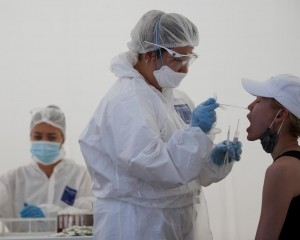 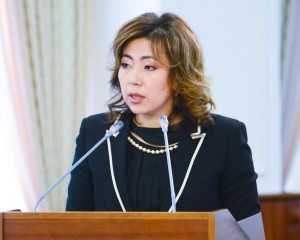 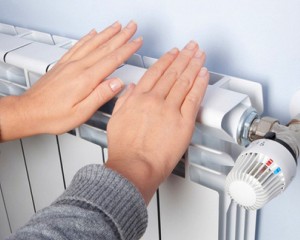 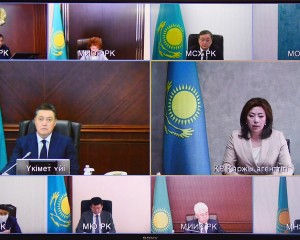 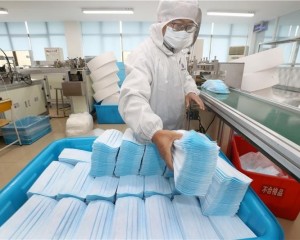 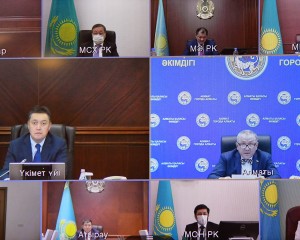 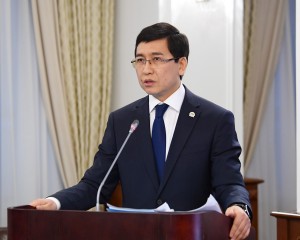 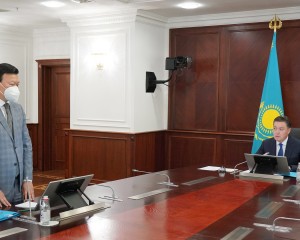 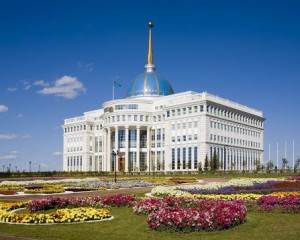 Kazakh President receives a letter of congratulation from Donald Trump 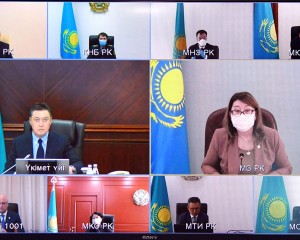 Restrictive measures to strengthen in Kazakhstan this weekend

Operations Headquarters on COVID-19 keeps situation in regions under control